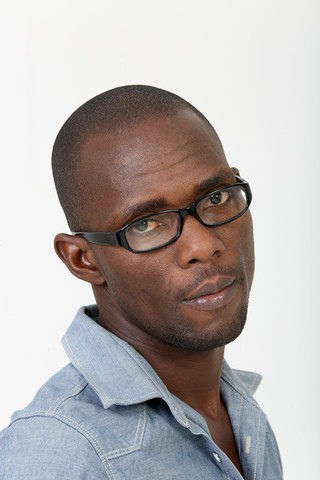 The Arts & Culture Trust (ACT) has named Benon Lutaaya as the 2015 winner of the ImpACT Award for Visual Art.

Benon reflects on winning this award: “It’s an absolute joy and pride because I realize my hard work, artistic achievements and overall contribution to the arts industry and community at large is being noticed, and now recognized. It marks a perfect turn-round for an artist who couldn’t afford art supplies, and later on food, in 2011. This now gives me the spotlight and the right support platform to be more influential and be a role model that inspires other young lives, be it in the arts or outside of it”.

The Ugandan-born artist based in Johannesburg has been practicing full-time on a residence programme in South Africa since 2011, and has participated in several local and international group and solo exhibitions, is best known for his provocative, contemporary paper collage portraiture paintings, but is also equally adept in working with acrylics and mixed media.

Benon is a recipient of the 2016 European-based residency award given by the Southern African Foundation for Contemporary Art (SAFFCA), a 2015 support grant by Business and Arts South Africa (BASA) NPC, an Ithuba Arts Fund grant, a Bag Factory residency, Lovell gallery Artists Competition winner, and is a finalist in the BBC MyWorld documentary competition.

Through his firm belief that art can confront barriers, empower dreams and change lives, Benon has significantly contributed to a number of worthy arty and social causes. The 2015 Art Africa Magazine ‘Bright Young Thing’, has donated over R400 000 to different charity causes such as the Ithuba Arts Fund and is also a co-sponsor of the 2015 Reinhold Cassirer Award.

Adding to his philanthropic activities, Benon is the founder of the Benon Lutaaya Foundation – a charity organization dedicated towards changing the lives of young, disadvantaged children in his home country Uganda. He has also initiated and sourced funders for the first Young Female Artist Award in South Africa, which will be handed out in 2016 under the prestigious Bag Factory Artist Residency programme.

Upon his return from the ADLER Entrepreneurship Awards taking place in Frankfurt, Germany in early December – where he will receive an award as the Face of African Youth Foundation 2015 in the Youth Leaders category – Benon will be a guest speaker at the inauguration of the World’s First Children’s art gallery aimed at supporting disadvantaged kids in townships in and around Cape Town.

Each winner will receive a cash prize of R2 000, a certificate, a spread in Creative Feel Magazine worth over R30 000 and additional PR opportunities that will be generated through the ACT Awards. ImpACT Award recipients will also get ongoing backing from ACT in the form promotional support in their professional careers.