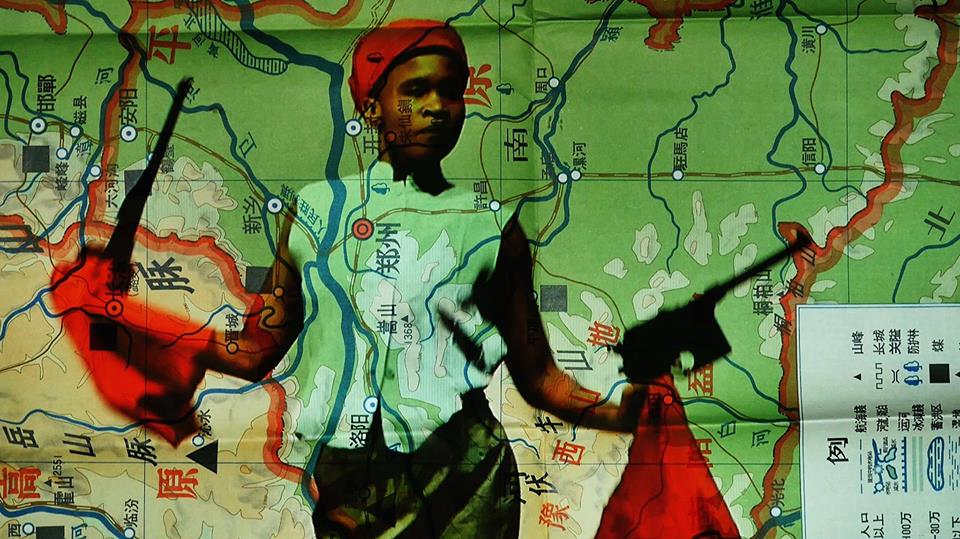 In 2016, Goodman Gallery celebrates its 50th anniversary – five decades of shaping contemporary art and working with artists who challenge unequal power structures and affect social change. Through global dialogue and exchange, Goodman Gallery has placed common histories at its core and has been instrumental in shifting perspectives through contemporary art. The year begins with an exhibition of significant recent work by William Kentridge, who has been represented by Goodman Gallery since 1989.

Kentridge’s most recent film Notes Towards a Model Operais the centre-piece of his first retrospective in China – which premiered at the Ullens Centre for Contemporary Art in Beijing and is currently showing at the National Museum of Modern and Contemporary Art in Seoul – and this month it will be exhibited at Goodman Gallery Johannesburg.

As a titular piece, _ Notes Towards a Model Opera_ is rooted in extensive research into the intellectual, political, and social history of modern China, from Lu Xun to revolutionary theatre, which Kentridge undertook in preparation for the Asian retrospective. This three-channel projection explores dynamics of cultural diffusion and metamorphosis through the formal prism of the eight model operas of the Cultural Revolution.

The work considers these didactic ballets both as a cultural phenomenon unto itself and as part of a history of dance that spans continents and centuries. Starting from its origins in Paris, Kentridge playfully overlays the aesthetic and ideological transformations of ballet as it is transplanted across the globe, an arch of influence juxtaposing contexts as disparate as Moscow, Shanghai, and the artist’s native Johannesburg.

In addition to the main film installation, the exhibition includes a series of ink drawings on found paper and cut-out silhouettes in steel. As well as portraits of key figures within both the Cultural Revolution in China and the struggle for independence on the African continent, the drawings merge seemingly benign images of flowers with text sourced from Chinese parables, Tang Dynasty poetry and Maoist slogans. These drawings emerged out of the research Kentridge conducted for the China retrospective and they recall and reference the contradictions within periods of revolutionary fervour, touching on both the radical socialist and revolutionary government of the Paris Commune in 1871 and Mao Zedong’s turbulent three decades in power, during which he embraced and redefined political sloganeering, often alluding to Chinese verse.

The exhibition as a whole is informed by a transcript of Kentridge’s lecture ‘Peripheral Thinking’, originally delivered at the opening of his retrospective in Beijing in June 2015. About the process he says, “China certainly hovers over us like a huge zeppelin. The scale of it, the scale of its hunger for resources, the scale of everything. China in Africa today, a sense of a series of questions rather than any answers. Are we here the tethered goat waiting for the tiger? Easy pickings?

“The project began with an invitation to show a selection of my work in a museum in Beijing. Curiosity, flattery are part of the equation. What is it in my work that would interest people there? I wanted both to find a link to it and to make a work that would refer to this question. Drawing, film, performance, posters, sculptures – all was possible, everything was open. The project began as many do with a distracted reading and looking. I read the books of Lu Xun, a modernist whose sensibility placed him with Japanese writer Aktagawa and European writers in the tradition of the absurd modern like Gogol and Kafka. Books of revolutionary posters. Here the language pulled me in, the exhortations, the instructions, the clamour of incredible and unstoppable enthusiasm.”

William Kentridge’s recent achievements have included premieres of major new projects: More Sweetly Play the Dance; his production of Alban Berg’s opera Lulu at the Metropolitan Opera House in New York City, as well as being included on the 14th Istanbul Biennale with his film work O Sentimental Machine. In addition he has enjoyed retrospectives in Asia and in Latin America with the exhibition Fortuna having multi city tour over three and a half years, concluding recently at Museo Amparo in Mexico. The year 2015 saw the South African premiere of his acclaimed installation Refusal of Time at the Johannesburg art Gallery and the same installation at the Iziko South African National Gallery. In November 2015 Kentridge was named as part of the ‘Power 100’ people working in the art world today by the influential Art Review magazine.