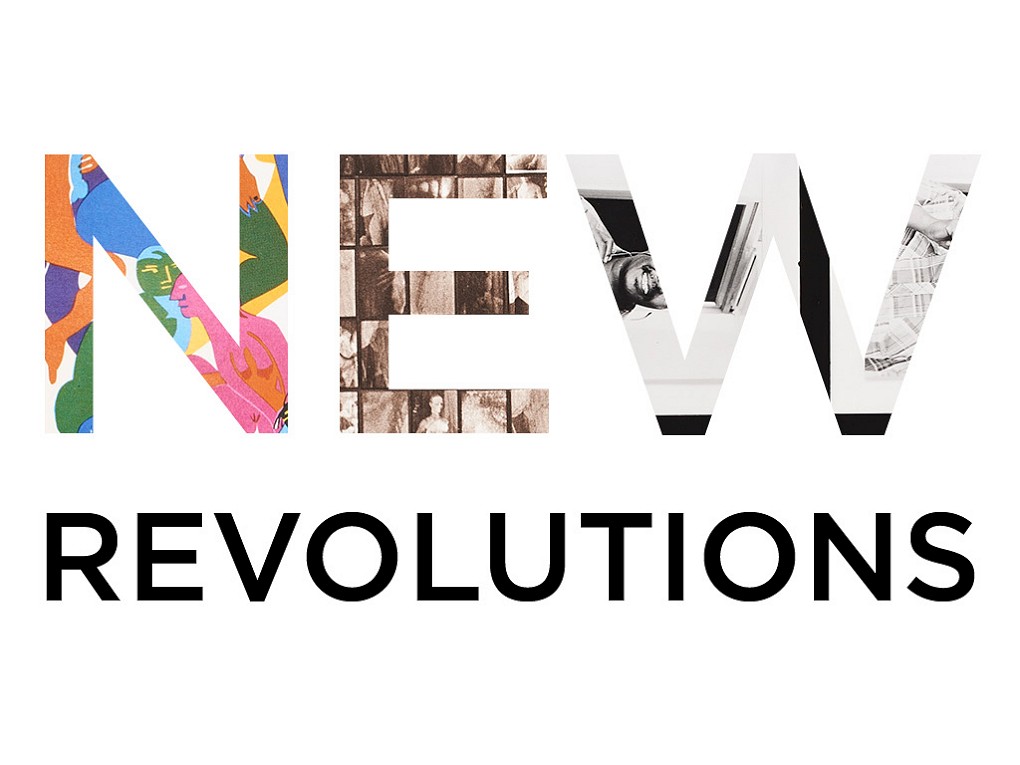 In 2016, Goodman Gallery celebrates its 50th anniversary – five decades of forging change through artistic production and dialogue, shaping contemporary art within and beyond the continent. From early June, we will host major exhibitions between our Johannesburg and Cape Town galleries featuring significant work, installations, interventions, performances, a video and talks programmes.

Titled New Revolutions, our programme will include prominent international and African artists – each part of the Goodman Gallery’s history, present and future – engaging with the idea of perpetual change, alternative independent movements and the reinvigorating of ideology based upon mutable historical realities. The project as a whole will consider Goodman Gallery’s history as an inclusive space, as well as its approach to showing contemporary art that shifts perspectives and engenders social transformation.

New Revolutions recalls the fulcrum of activity into which the gallery was borne 50 years ago: revolutionary fervour, the gradual decolonisation of African countries and radical responses to the status quo. Locally, the gallery maintained a responsibility to show work by South African artists as museums served the agenda of the discriminatory government. By transcending its role as a commercial space Goodman Gallery rose to prominence as a progressive institution. And, while South Africa was deep in the throes of a draconian era, figures within the fight for African independence trail-blazed the struggle against apartheid. This exhibition reflects on how the events in Africa then, still play a part in the conceptual thinking of artists now. And, beyond that, how artists have responded to new forms of economic colonisation, migrancy, as well as radicalised reactions to economic inequality and lingering institutional racism.

By considering how the roles of artists cross into the realm of activism and socially transformative endeavours, New Revolutions explores historical and contemporary tensions and movements that are unfolding in Africa and around the world, through the panorama of contemporary art.

The 2016 anniversary programme highlights Goodman Gallery’s ongoing affiliation with artists who explore the power of dissent and the importance of alternative factions and cross-disciplinary collaborations in order to engender change and encourage dialogue. A non-chronological, intergenerational but conceptually linked collection of artworks from the 1960s to the present will focus on the spirit of protest, resistance, and revolution, and the way in which South Africa, and Goodman Gallery in particular, has offered an important platform from which to explore such approaches.

On the occasion of its 50th anniversary Goodman Gallery takes pleasure in announcing new partnerships with some of the world’s most significant artists – Sonia Gomes (Brazil), Kiluanji Kia Henda (Angola), Shirin Neshat (Iran) – revealing new directions in the gallery’s programme. Locally, we announce the representation by Goodman Gallery of Tabita Rezaire and The Brother Moves On. In addition, the exhibition will include work by international artists Kapwani Kiwanga (US) and Jacolby Satterwhite (US).

New Revolutions will provide an opportunity to exhibit those who have worked with the gallery for decades including William Kentridge, David Koloane, Sam Nhlengethwa, David Goldblatt and Tracey Rose, and some of the most influential younger voices in contemporary art including Kudzanai Chiurai, Hasan and Husain Essop, Mikhael Subotzky, Gerald Machona and Haroon Gunn-Salie. The show will also include artists who have been integral in the gallery’s transformation over the past decade, including Ghada Amer, Candice Breitz, Alfredo Jaar, Adam Broomberg and Oliver Chanarin, and Hank Willis Thomas. Performances will be presented by local innovators, Nelisiwe Xaba and The Brother Moves On.
Beyond this, the iconic significance of the gallery, and the historical moment necessitates that certain artists whose ideas and actions impacted on society, and on the course of art history, be included. Artists like Walter Wahl Battis, Cecil Skotnes, Ezrom Legae, Leonard Matsotso and Sydney Khumalo are exhibited as part of our endeavour to show how the regeneration of ideas – and the gallery as a repository of change – is not confined to epochs.

With New Revolutions we invite you to celebrate with Goodman Gallery as we pay homage to artists who have shaped the landscape of contemporary art in Southern Africa. These include artists based on the continent, those of the Diaspora, our northern counterparts who have been distanced from sub-Saharan Africa and those from outside of Africa whose work explores territory such as unequal power structures and socio-political constructs.

New Revolutions is curated by Liza Essers and will take place throughout the month of June at our Johannesburg and Cape Town galleries, and with a special selection of works for Art Basel from 16 June to 19 June.