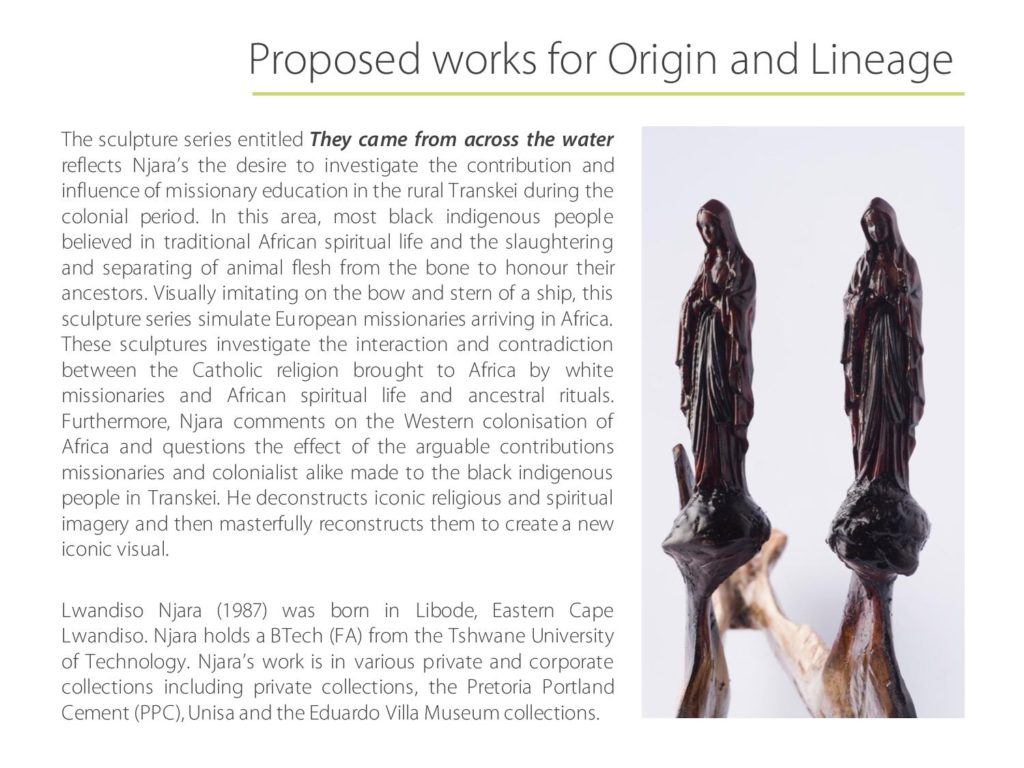 The sculpture series entitled They came from across the water reflects Njara’s the desire to investigate the contribution and influence of missionary education in the rural Transkei during the colonial period. In this area, most black indigenous people believed in traditional African spiritual life and the slaughtering and separating of animal flesh from the bone to honour their ancestors. Visually imitating on the bow and stern of a ship, this sculpture series simulate European missionaries arriving in Africa. These sculptures investigate the interaction and contradiction between the Catholic religion brought to Africa by white missionaries and African spiritual life and ancestral rituals. Furthermore, Njara comments on the Western colonisation of Africa and questions the effect of the arguable contributions missionaries and colonialist alike made to the black indigenous people in Transkei. He deconstructs iconic religious and spiritual imagery and then masterfully reconstructs them to create a new iconic visual. 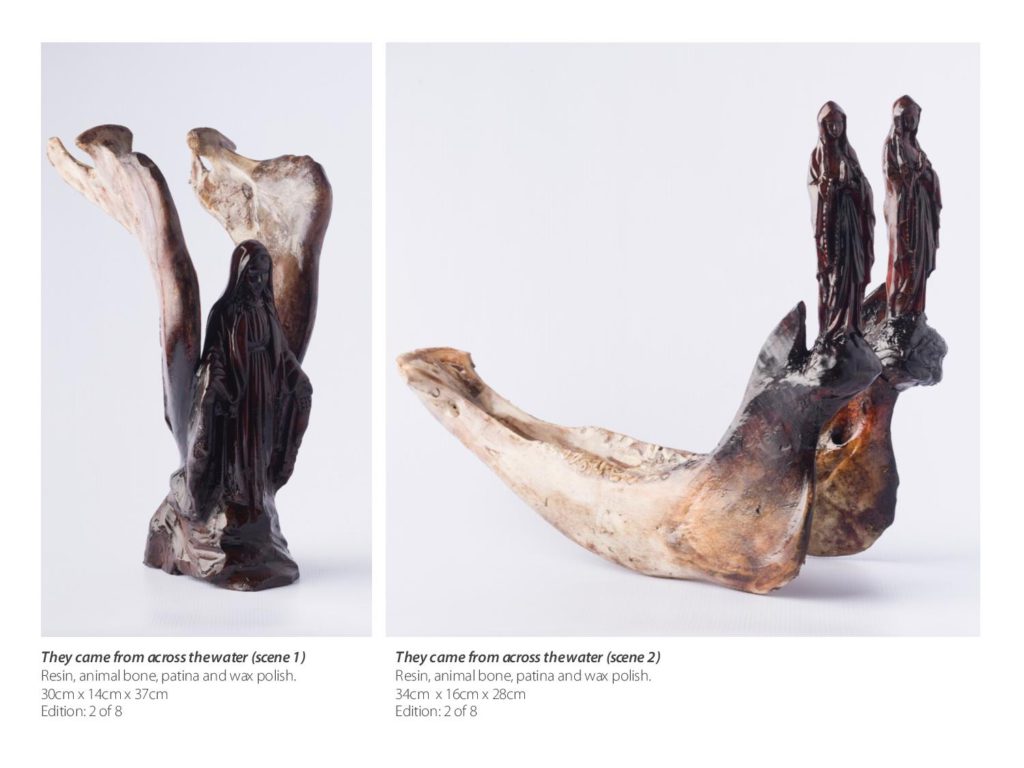 Courtesy:  The Artist and  Lizamore & Associates