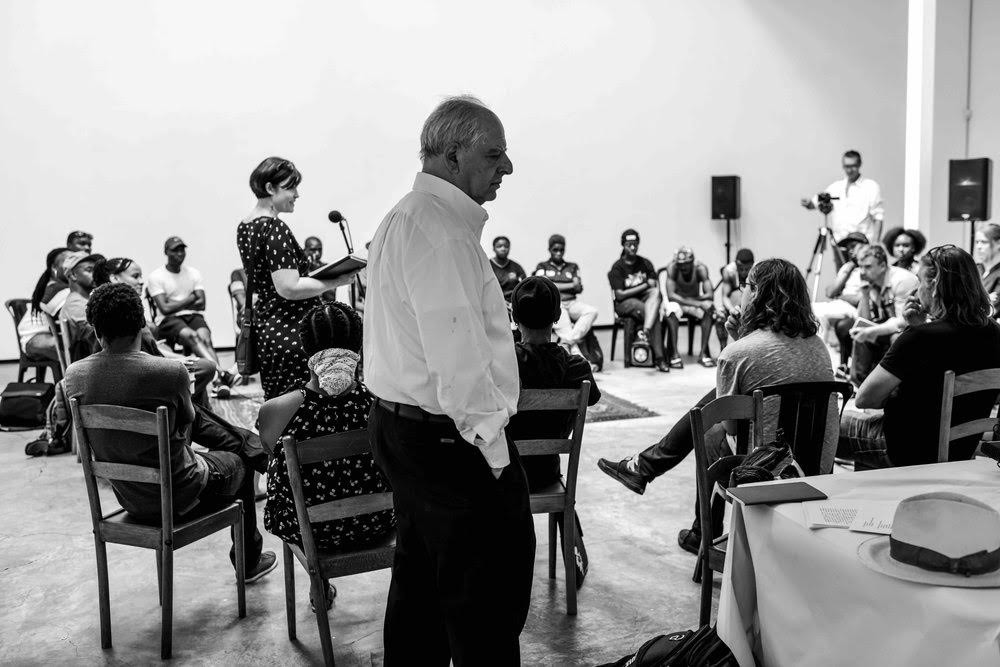 Last Wednesday, the 19th of April, Pierre of SAFFCA had the privilege to share a quick salad with Bronwyn Lace who has been chosen to run the Centre for the less good idea which has been recently created by William Kentridge.

Twice a year some talented individuals from a variety of fields are given the opportunity to develop ideas together and create vibrant exchanges and synergies in-between themselves for a period of six months. Failing is not only allowed but encouraged. Individual growth emanates so often from failed attempts. Totally new avenues are explored widening the borders of the various cultural fields through interactivity. Simply a fabulous concept and a fertile cultural broth.

SAFFCA will remain in contact with Bronwyn so see if some potential crosspollinations arise.

Thank you, dear Bronwyn, for the most enjoyable and enlightening lunch…

SAFFCA/AFSACSA Events, Who, What, Where, When …
Centre for the less good idea, Pierre Lombart, SAFFCA, some potential crosspollinations, talented individuals