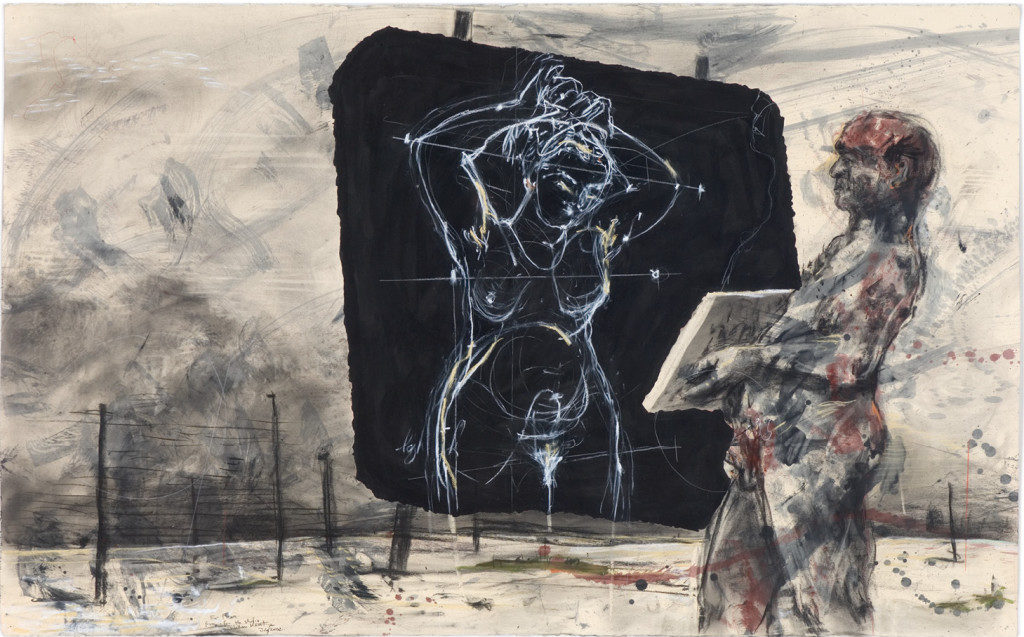 Summer graffiti is a series of drawings that William engaged with when the school he went to attempts to raise some funds with his help. This gives the viewer a clue to the central position of the blackboard in the composition. It is also a reflection on his action of drawing and on our role of viewer and the confusion of the viewed viewer. Here, one captures a robust man offering his stability to present a mirror, or is it an entire book, to the silhouette of a woman drawn on the blackboard. He assumes his duty with no fear

nor doubt, without any questions on the role he is supposed to play. He is as solid as a rock and is there for her. She appears nude as in his adolescent’s dreams. She is somehow recomforted of her fragility by his presence. She uses the reflection of her drawn image to arrange her hair. Or is it all just a projection, a drawing, a sketch, a graffiti, a dream, a wish … Everything is but perception. William recalls in his memory a composition of Picasso in a version of “ La Toilette ” which he lets free in the labyrinths and meanders of his virile mind in the humid heath of the summer in Houghton, Johannesburg. It is there that he decides to take the responsibility of offering the mirror’s reflection.