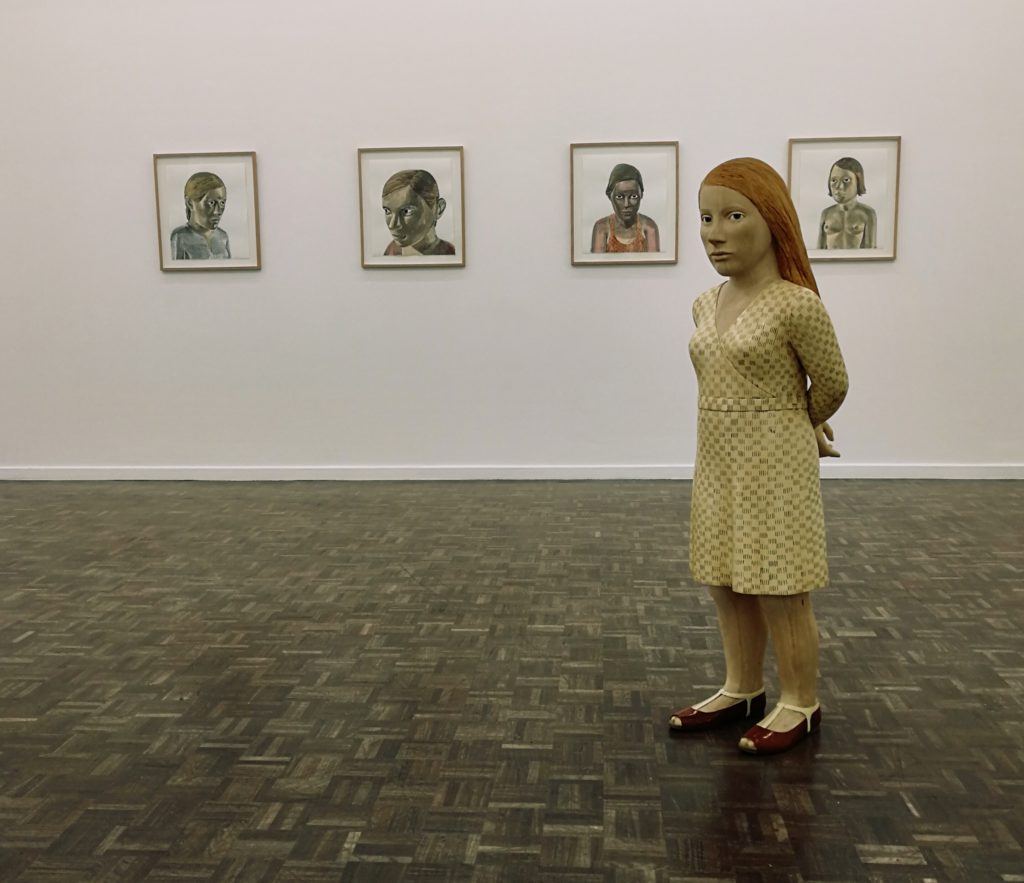 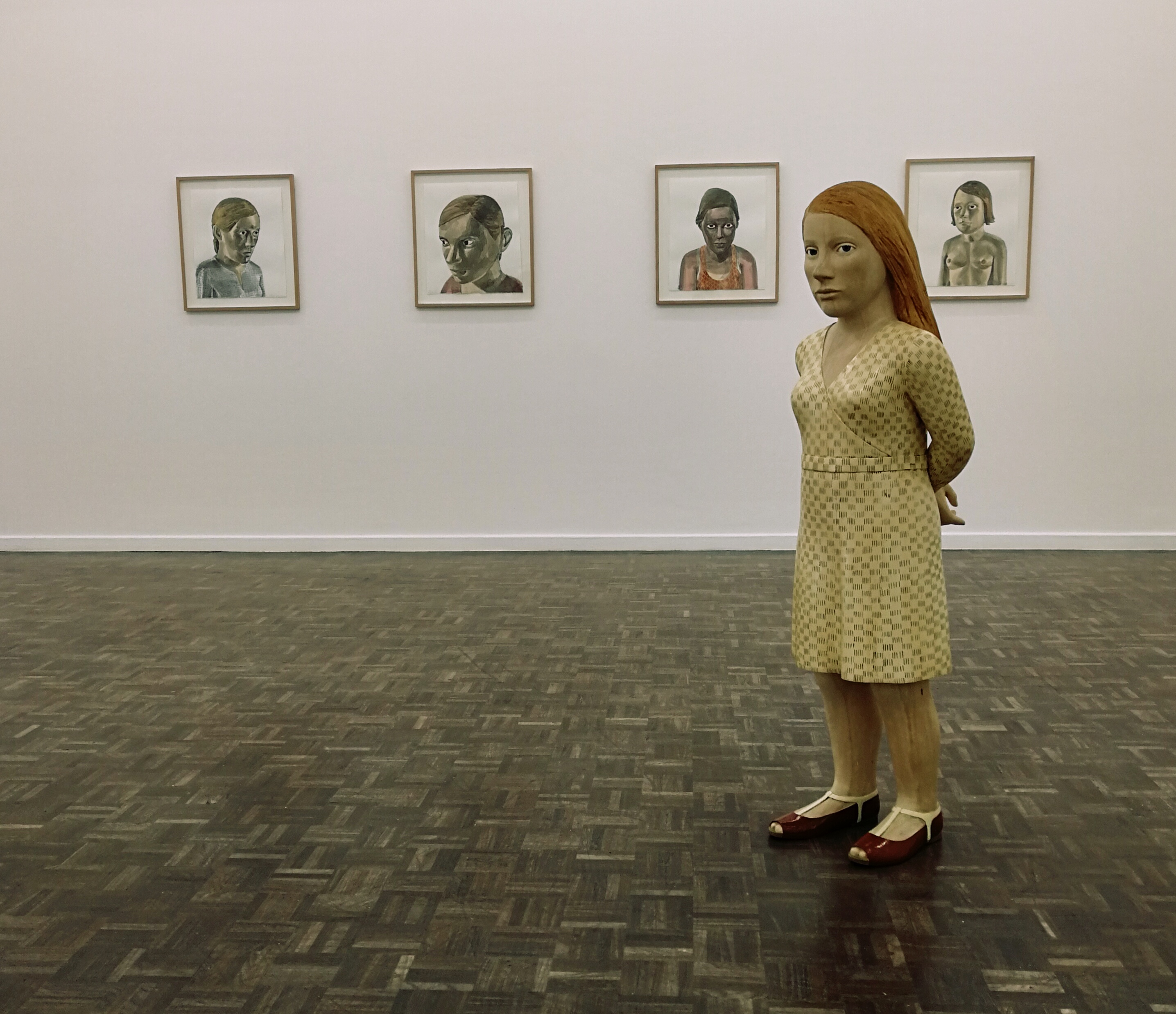 STEVENSON is pleased to present a solo exhibition by Claudette Schreuders titled The Bystanders.

The exhibition includes new sculptures and drawings, and a retrospective of all Schreuders’ lithographs, spanning 2003 to 2017. The title is drawn from the exhibition’s central figure, The Guilty Bystander, a large new sculpture in wood, and finds resonance throughout Schreuders’ oeuvre.

In contemplative posture, hands clasped behind her back, The Guilty Bystander is an observer, separate yet implicated in her surrounds. Her counterparts appear in earlier bodies of work: in the socially awkward Mingle (2000) from Burnt by the Sun; in the bust of Olive Schreiner, The Writer (2002), from Crying in Public; in The Bystander (2006) who stood apart from the earthly melodramas of The Fall. For Schreuders, the detachment embodied by these figures is a bit like the realm of art itself – set apart from the ‘mess’ of life, the entanglement represented by families, relationships, babies … Two other new sculptures, positioned in the back gallery, show a smaller female figure lost in her own world – absorbed in the act of grooming herself in Hair, and stretched out asleep, on top of a bed, in Spent… Follow Link to find out more