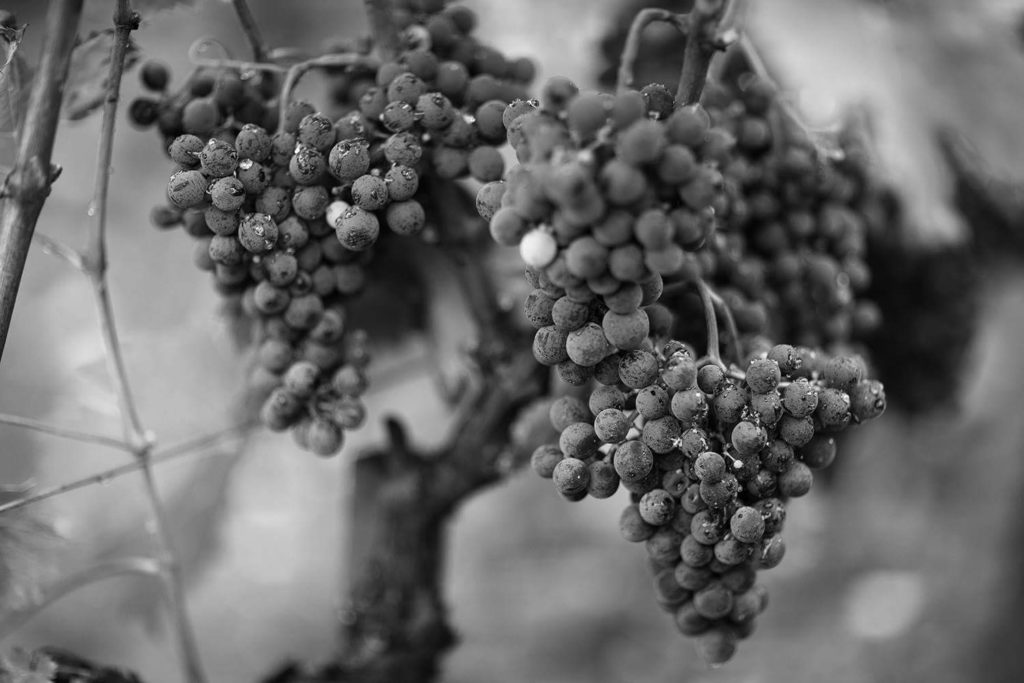 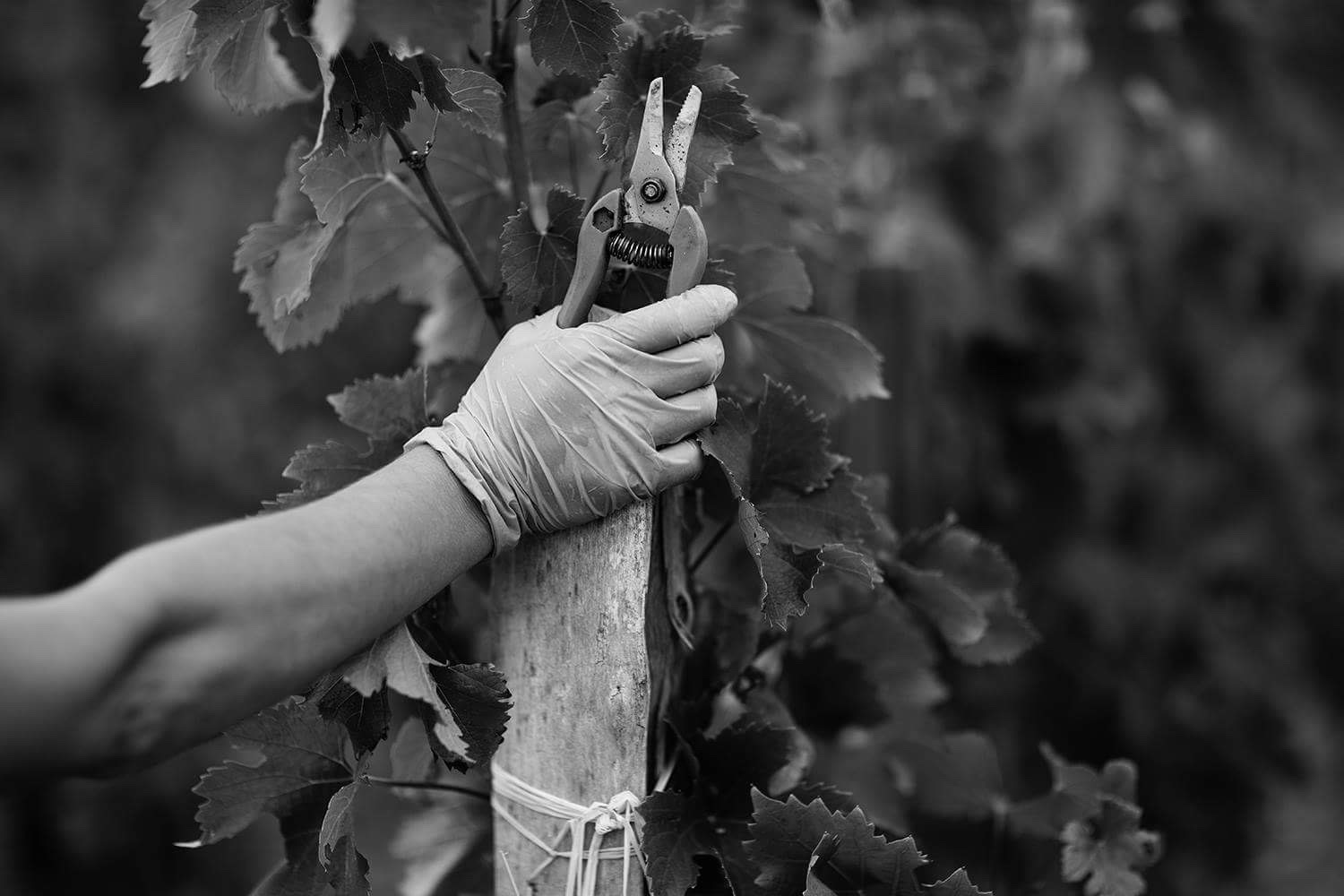 A hand holding scissors, during wine harvest. By Mario Macilau, 2018

SAFFCA, in association with AFSACSA, is delighted to announce Secret’s of Wine, a photography and video installation project by Mario Macilau. Macilau is the current and final residence artist of AFSACSA’s third season in 2018. Mario’s residency has been focused on documenting the wine-harvest season in the Saint Émilion wine region.

The theme ‘Secrets of Wine’ takes its starting point from the commonly held belief that France is the world’s leading wine producer. In 2017, the country’s diverse wine regions produced nearly five billion bottles of wine from grape varieties such as Pinot Noir, Cabernet Sauvignon, Chardonnay, Sauvignon Blanc and Syrah.

Macilau documents the wine production process, from grape pruning and harvesting all the way the way to vinification. We travel with him from the pickers in the vineyard to the cellar where the oenologists and the chateau manager weave their magic. 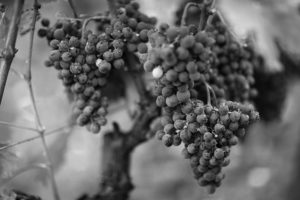 Making wine requires much manual labour; the grapes are picked both by hand and by machine, though the majority of French producers use both. The advantage of hand picking is that it offers a more precise selection in the vineyard and also less of a risk of the grape juice being oxidized due to damaged skins, as can occur when using machines.

A majority of those employed in the vines during harvest are foreign labourers, who keep costs low, earning as they do the basic minimum wage; they are flexible and happy to work on seasonal contracts. The success and renown of the great wine domains have grown hand-in-hand with the increasing divide between those from different social and economic classes.

Historically, these social inequalities did not exist. The land was farmed to provide sustenance and everything produced was used by the family and its surrounding community. They used simple tools, organic fertilizer, indigenous knowledge and cultural beliefs handed down from father to son. The social division of responsibilities was also important as there was no private property with public or communal land predominating.

This is contrary to the almost all that happens in our modern agricultural industry and wine production is not exempt from this. Here also we see the growth of intensive farming, where every step of production is seen as an investment in the ultimate profitable sale of the product. Although, initially modern agricultural methods were very successful in meeting a growing demand for food from a rapidly increasing world population.

The shift from the traditional ways has moved ahead with innovation, leading us to a destabilized society that has also contributed to making life unfulfilling. The continued development of technology will only worsen this situation. It will, in my opinion, most likely lead to greater social disorder and psychological suffering, and this, in turn, may lead to increased physical suffering, even in “advanced” countries such as France. For wine professionals, drinkers and collectors, there appears to be very little awareness of the blood, sweat and tears that are shed in the vineyards and that go into every bottle of their fine and coveted wine.

Female and male labourers from the lower economic classes, employed as pickers during the harvest, are experienced and professional, with a love of wine and the knowledge to know exactly where to prune the vine and how to select which grapes to pick; with every task being key to both fruit yield and quality. The grape-wine is a technically challenging plant both to cultivate and to harvest, as they require a lot of specialized care and attention. Consequently making the wine production process a fragile one, due to the permanent shortage of agricultural labour. The dependence on the process on hand-picking and hand-pruning makes the competition for labour between wine producers very intense.

Mario Macilau born in 1984 lives and works in Maputo, Mozambique. Macilau started his photographic journey in 2003. He specialises in long-term projects that link to multiple sub-genres: identity, political issues, environmental conditions, and engagement with socially isolated groups. Macilau is committed to initiating positive change across different cultures, locations, and perspectives.

Taking portraiture as a point of departure, intimacy becomes the key to unlocking broader perspectives or narratives. The way Macilau shoots is crucial for rich compositions (black and white, with muted tones and textures), and he uses depth of field and natural light – sometimes resulting in dark black or underexposed background – to achieve a nuanced and poetic atmosphere in his images.

The Southern African Foundation for Contemporary Art (S.A.F.F.C.A.). SAFFCA is a Non-Profit Company, which has been created to promote, nurture and support Contemporary Visual Art produced in the Southern part of Africa, both locally and globally. Its initiatives take the form of exhibitions, publications and artists’ residencies.

Since from 2017, SAFFCA every year commissions one established photographer to do their residency in St Émilion from the 15th of August – 15th of October. In 2018 SAFFCA had an honour of collaborating with Mario Macilau and Chateau Cheval Blanc which is a wine producer in Saint-Émilion in the Bordeaux wine region of France. As of 2012, its wine is one of only four to receive the highest rank of Premier Grand Cru Classé status in the Classification of Saint-Émilion wine, along with Château Angélus, Château Ausone, and Château Pavie.