Ruzy Rusike started the year with an invitation to Paris from IFAS. The Ministry of European and Foreign Affairs and the Ministry of Culture of France welcomed Ruzy to a conference on audience growth and development for cultural organisations. 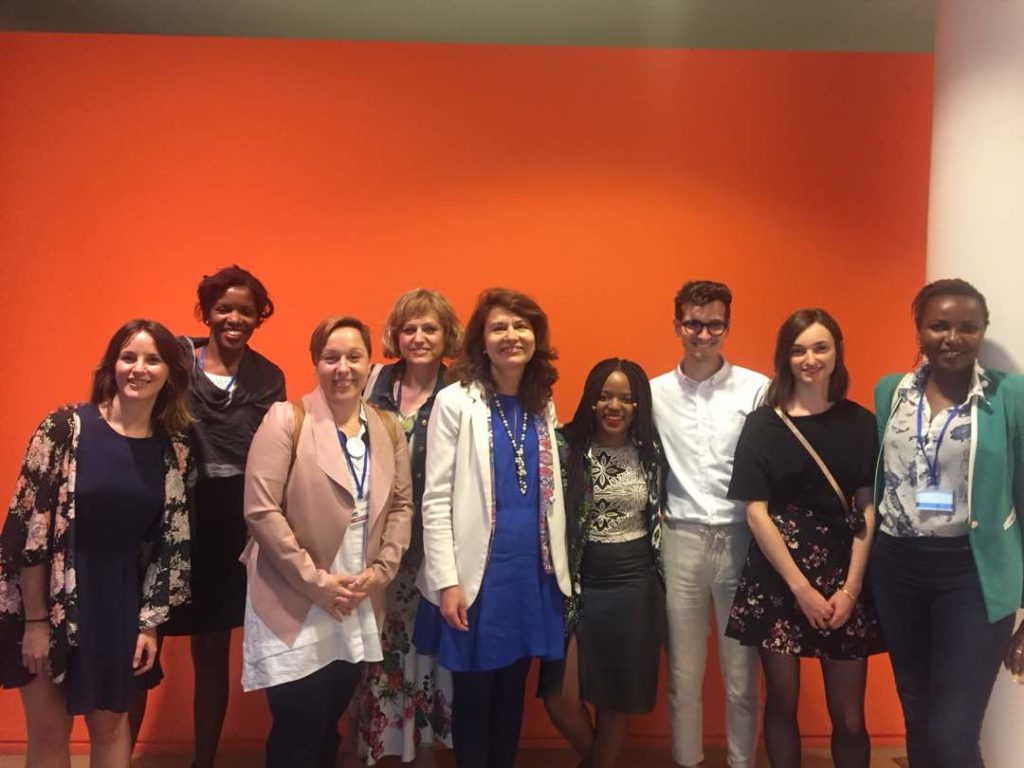 Soon after the arrival of Lungile Zaphi for her internship in France for 7 months, Alexia Vogel came to St Emilion in March for her residency and started to engage for the first time with architectural forms in her paintings. SAFFCA thanks IFAS for its support. 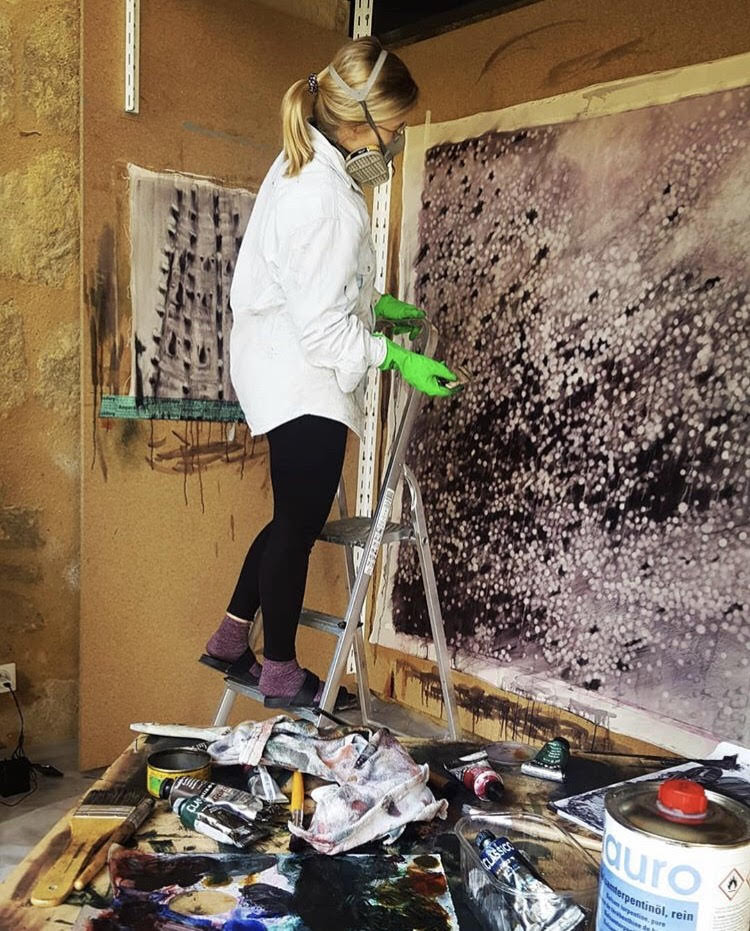 Laurent Valera from France started his SAFFCA Residency in collaboration with the Project Space in Johannesburg at August House where he worked with Alka Dass and of South Africa and Stacey Gillian. SAFFCA thanks the city of Bordeaux and the French Institute for their support for Laurent’s residencies. 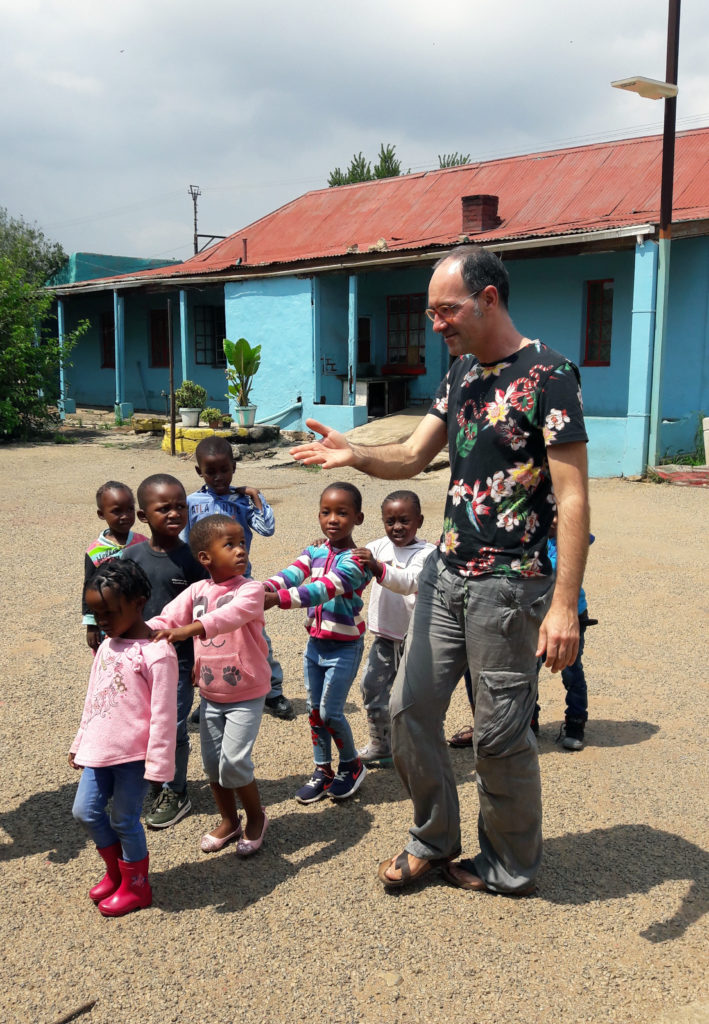 Dalila Dalléas Bouzar arrived from France for her SAFFCA Residency in Johannesburg in collaboration with the Project Space and the support of the city of Bordeaux and the French Institute where she worked in August house before joining the Victoria Yards. Dalila preferred the calm at the yards to the energy of August House. 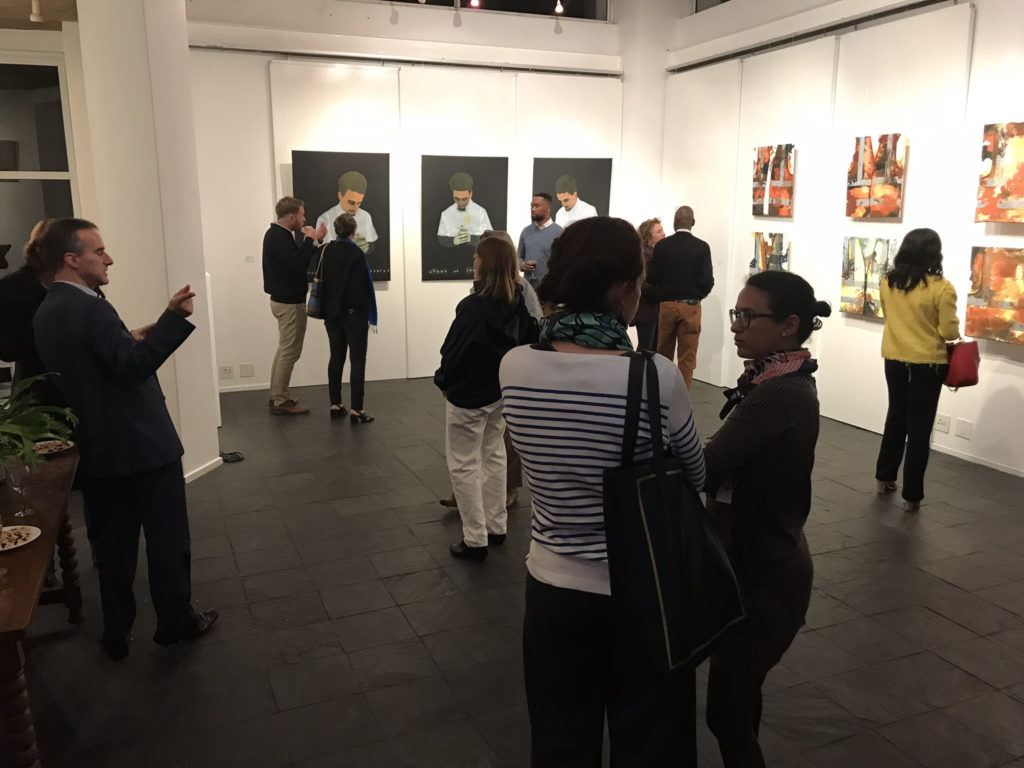 Laurent came with us to Cape Town before getting to the second part of his SAFFCA Residency in Knysna at Entabeni Farm in collaboration with Axon. Dalila joined him shortly after on the lagoon. 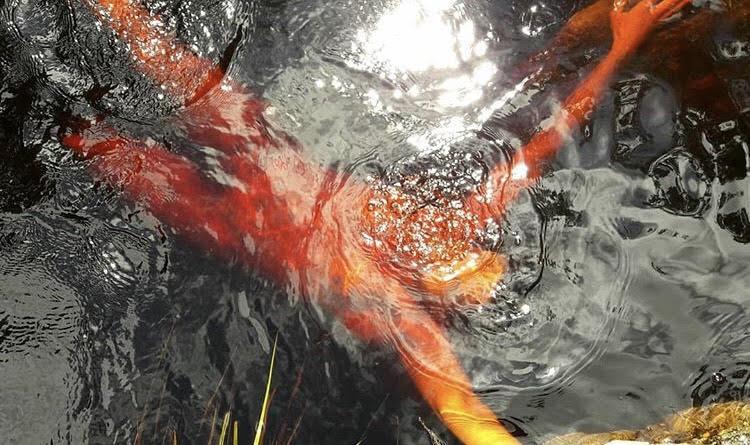 SAFFCA/AFSACSA participated to the Cape Town Art Fair where they shared the talents of many emerging artists next to the model of the 4 trees created by Wim Botha for the Atrium of the second phase of Nedcor in Sandton for which Wim received the very prestigious Helgaard Steyn Prize for sculpture. The confirmed emerging artists presented were inter alia Benon Lutaaya, Clement Garnung, Nelson Makamo, Marieke Kruger, Lwandiso Njara, Themba Khumalo, Izak Johannes Matthys Buys… 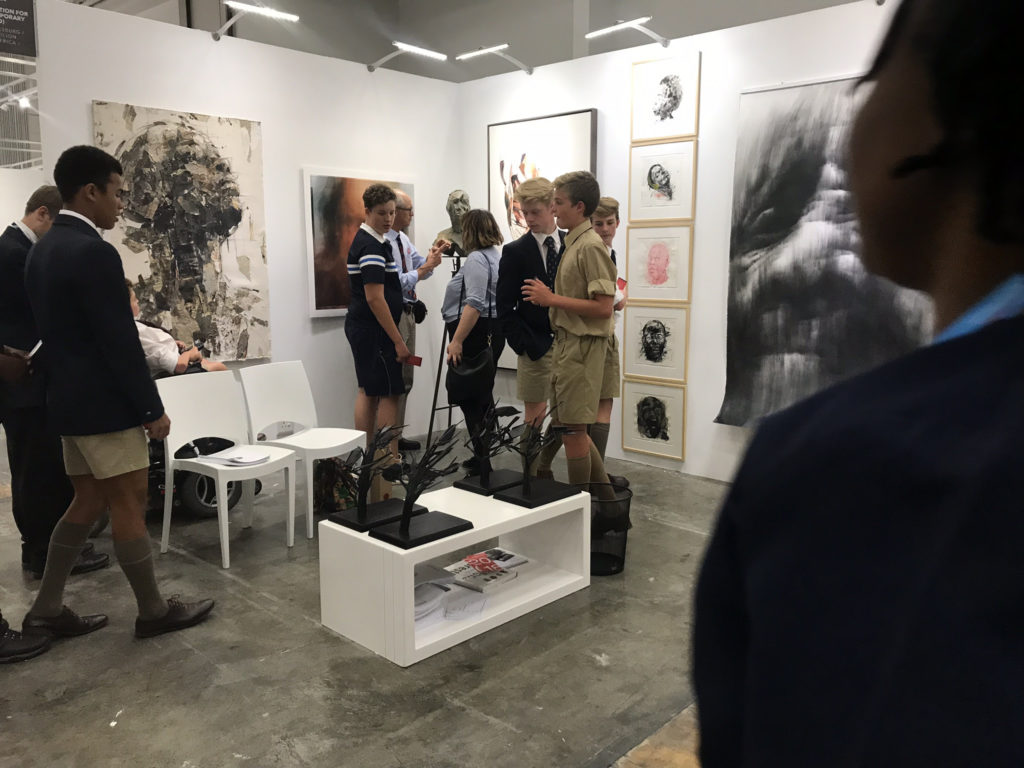 Alka Dass was the recipient of the Young Female Art Award given by the Project Space in 2017. As part of the prize Alka came to St Emilion to join Lungile at AFSACSA where she engaged with wine as a medium. SAFFCA would like to thank the Project Space and IFAS for their support for Alka’s Residency at AFSACSA. 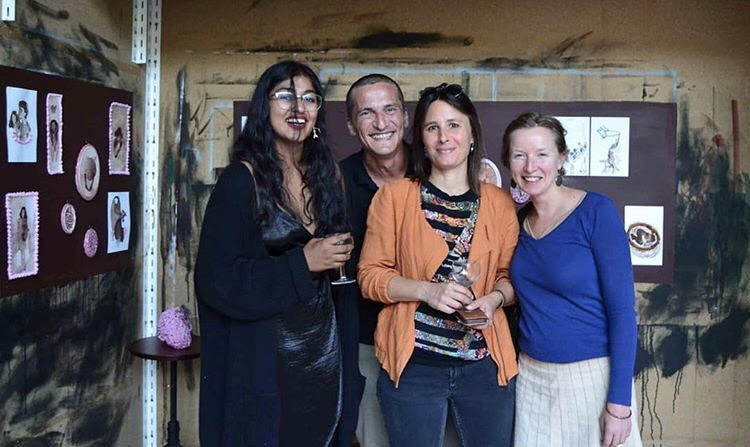 Click here to find out more about the artist

Minnette Vári and Chris Soal departed for Knysna for their Residency at Entabeni Farm in collaboration with Axon. Minnette continued her research on searching while Chris engaged further with his tooth-picks as a medium. On their return to Johannesburg Chris had a solo show at No End Gallery were two of his fantastic works were selected for the SAFFCA Collection. One of them will be travelling to France in 2019 for SAFFCA’s exhibition part of the inaugural exhibition of the FRAC Aquitaine in its new walls at the MECA in Bordeaux. 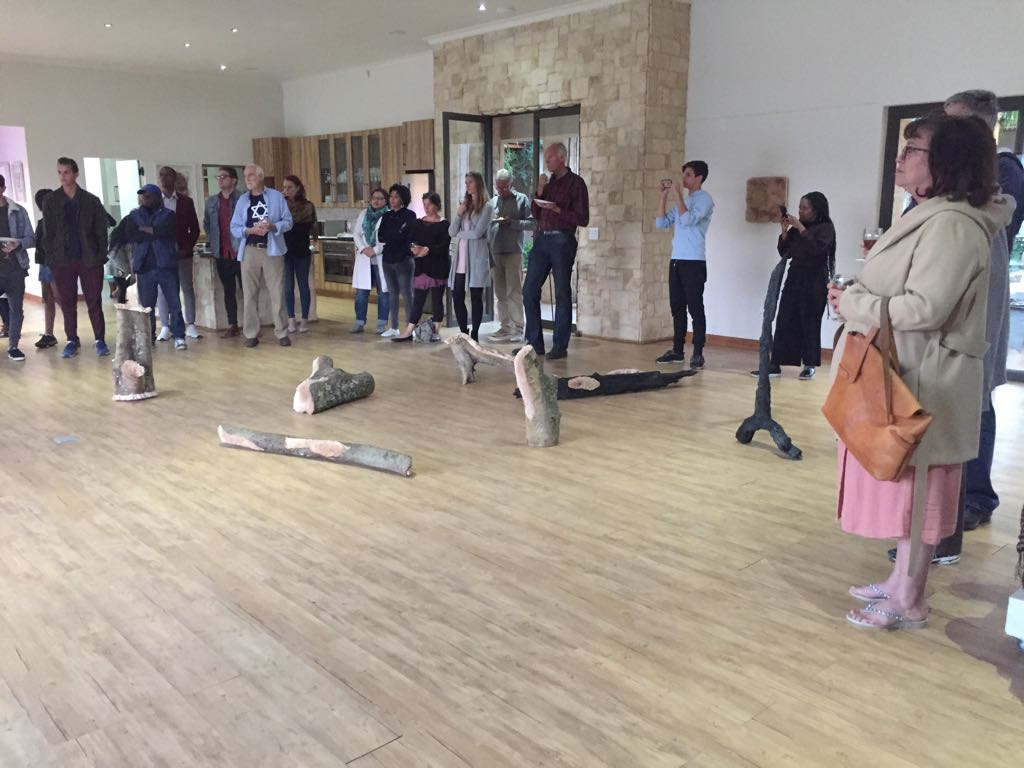 Jonathan Hindson came to Johannesburg for his SAFFCA Residency in collaboration with the Project Space and the support of the city of Bordeaux and the French Institute. Jonathan worked intensely on his canvasses at August House and made a fantastic photographic survey of his place of residence in the heart of Johannesburg. Jonathan will exhibit with SAFFCA in Bordeaux in a two men show with Clement Garnung ( SAFFCA Residency in South Africa in 2017 in JHB and Knysna ) from the end of January to the end of March 2019 at Maxwell-Baynes Bordeaux – Christie’s International Real Estate and in April 2019 at the Alliance Française in Johannesburg. 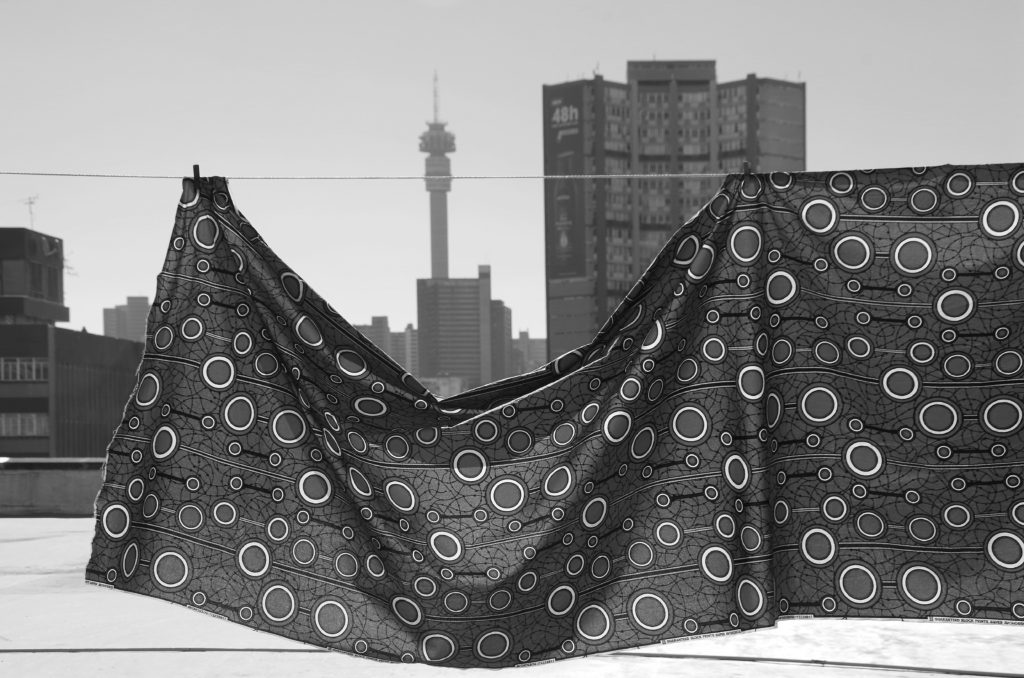 What is behind that curtain ?

Click here to find our more about the artist

Barbara Schroeder from France came for an intense one-month long SAFFCA Residency in collaboration with the Project Space and the support of the city of Bordeaux and the French Institute. Barbara had a fantastic experience in August House where she engaged intensely with her canvasses. Barbara is exhibiting with SAFFCA at the moment at Maxwell-Baynes Bordeaux – Christie’s International Real Estate till the end of January 2019 and will come to Johannesburg for her exhibition at the Alliance Française of Johannesburg which we thank for its constant support and for having facilitated this second trip of Barbara to our shores. 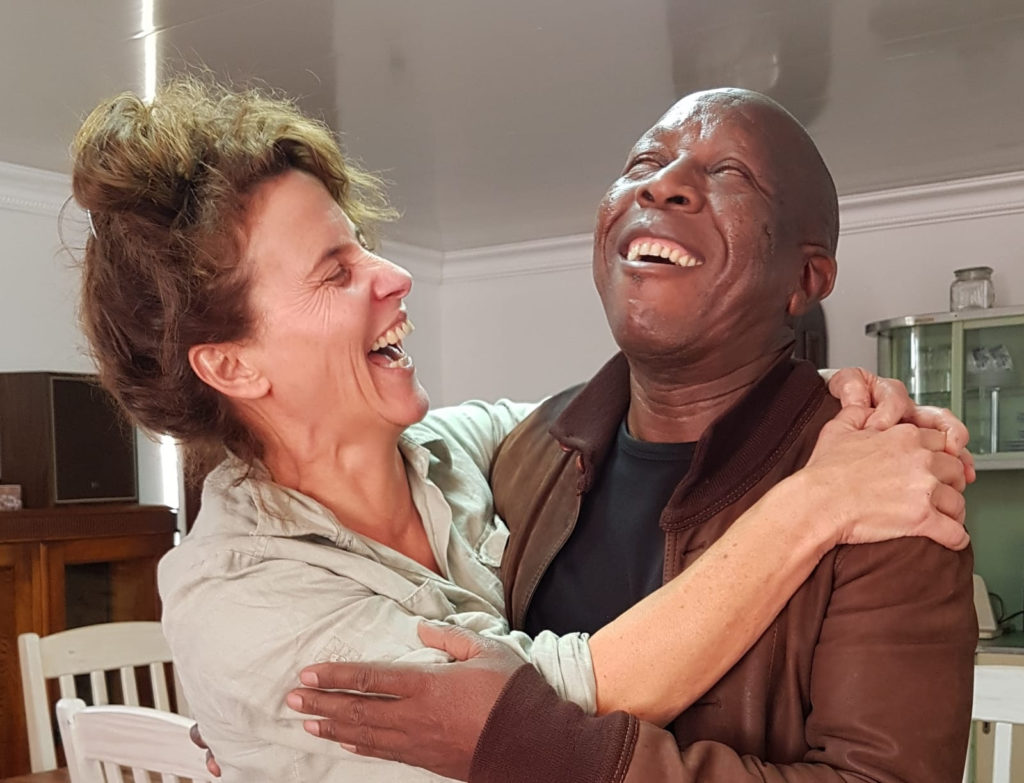 We had the privilege to have a SAFFCA presentation by Benon Lutaaya on his journey as part of the VIP program of the Johannesburg Art Fair. On our booth we presented works by Benon, Carolyn Parton, Mikhael Subotzky, Mohau Modisakeng, Chris Soal, Zanele Muholi, Denmark, William Kentridge and the late David Goldblatt. 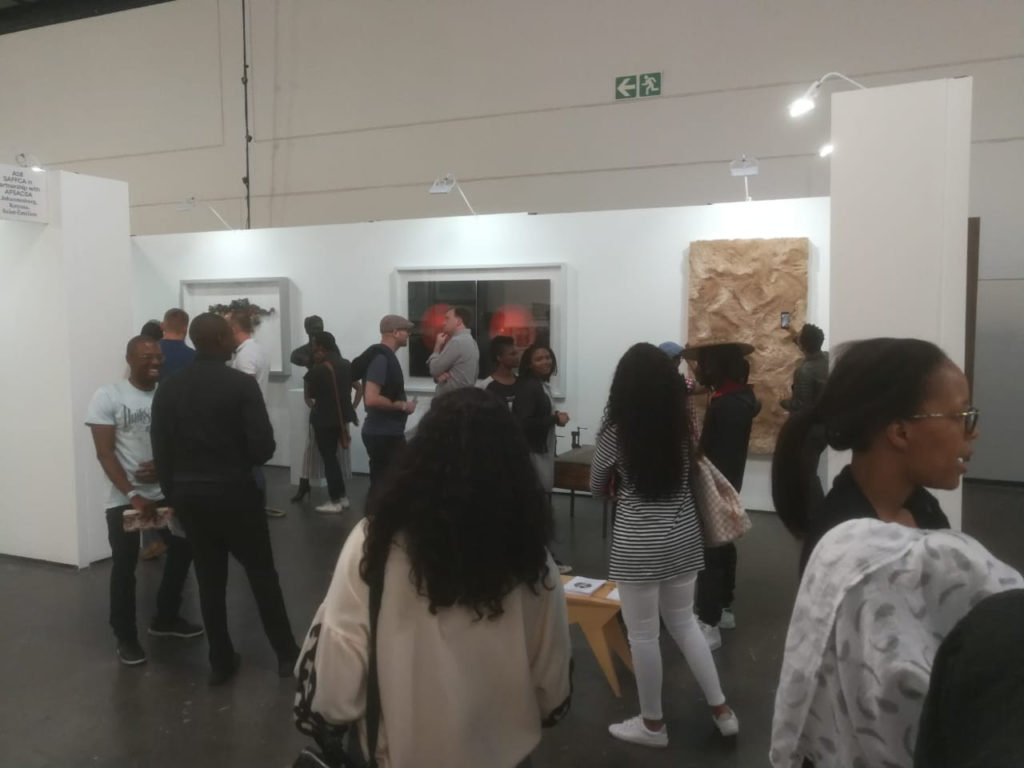 Mario Macilau came for a short SAFFCA Residency in St Emilion on his way to many other destinations. 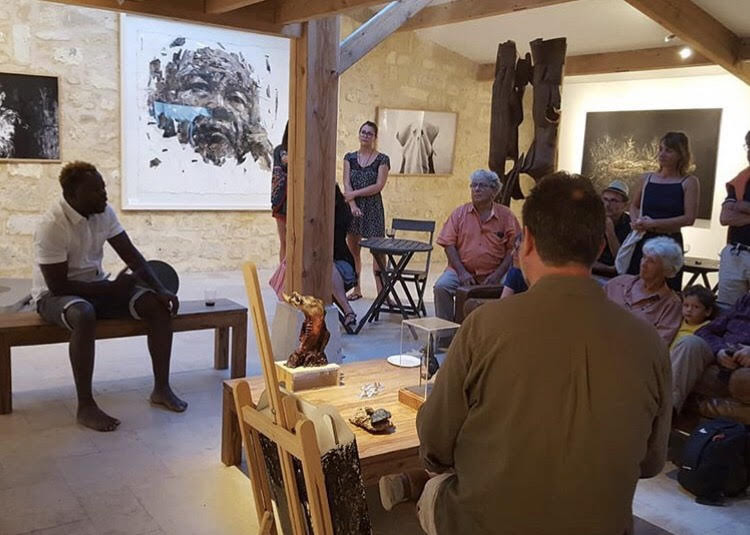 We have been given the incredible opportunity to continue to share art in Bordeaux 12 months of the year in the heart of the golden triangle of the city. The space to do so has been provided by Maxwell-Baynes Bordeaux – Christie’s International Real Estate, 28 Cours du Chapeau Rouge next to the Grand Théâtre. This has become the most exceptional permanent showcase for SAFFCA/AFSACSA’s activities and the artists the Foundation is engaging with. The first exhibition is sharing works by Barbara Schroeder of which most have been produced in Southern Africa. Barbara is a well-established artist of the city and we believe it was important to start by celebrating some of the artists of the region who have been in SAFFCA Residency in Johannesburg and Knysna. We are incredibly grateful for this opportunity and thank most sincerely Maxwell-Baynes for their vision and engagement in offering to Bordeaux and its visitors a new cultural space. 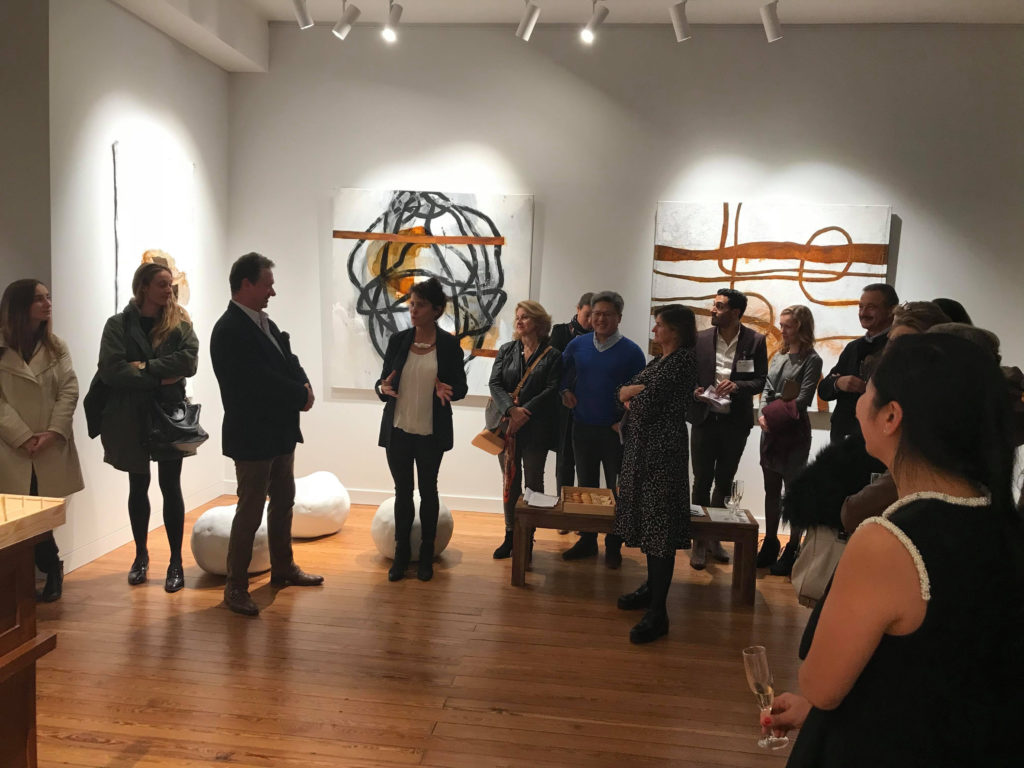 SAFFCA was invited to participate to a panel discussion at AKAA, the Fair in Paris. It was a fantastic quick stay in Paris for Ruzy and Pierre at the time of Paris Photo after the presentation to the press of Clair-Obscur on the 6 of November. 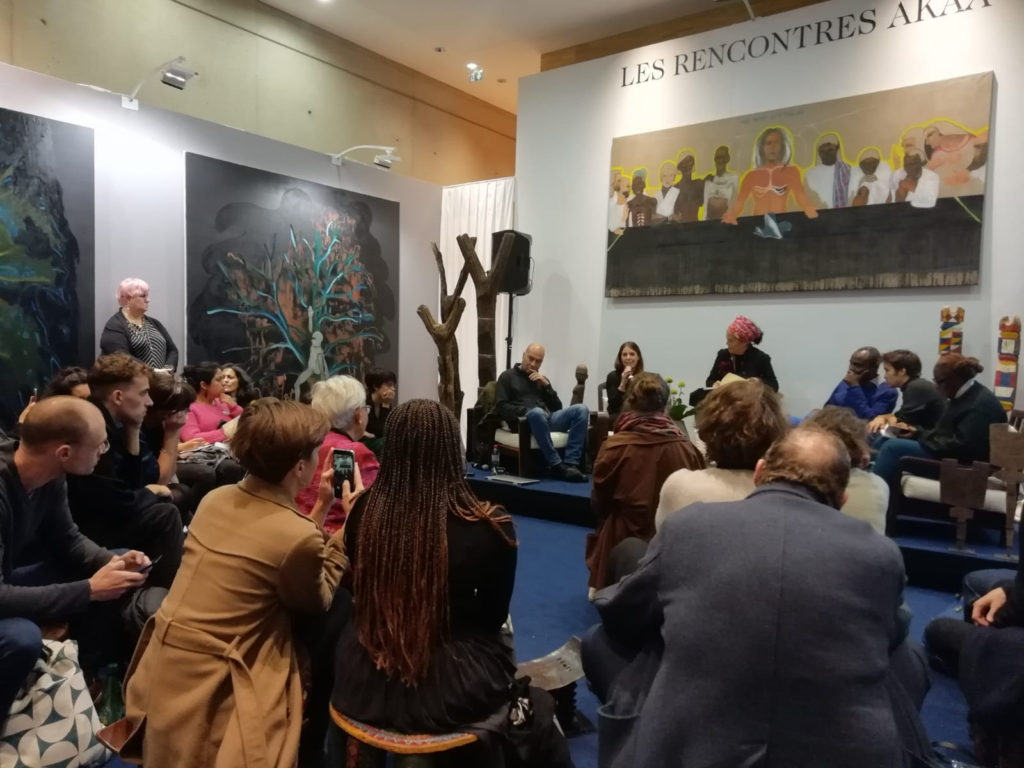 SAFFCA / AFSACSA were invited by l’Agence Culturelle de la Dordogne to present Clair-Obscur during the months of November and December at l’espace Francois Mitterrand in Perigueux. Works from the SAFFCA Collection by 17 artists of Southern Africa were exhibited. The success of the exhibition has been far beyond expectations. We would like to sincerely thank Mathilde Beytout and the entire team of the Agence Culturelle for their kindness, generosity and professionalism. 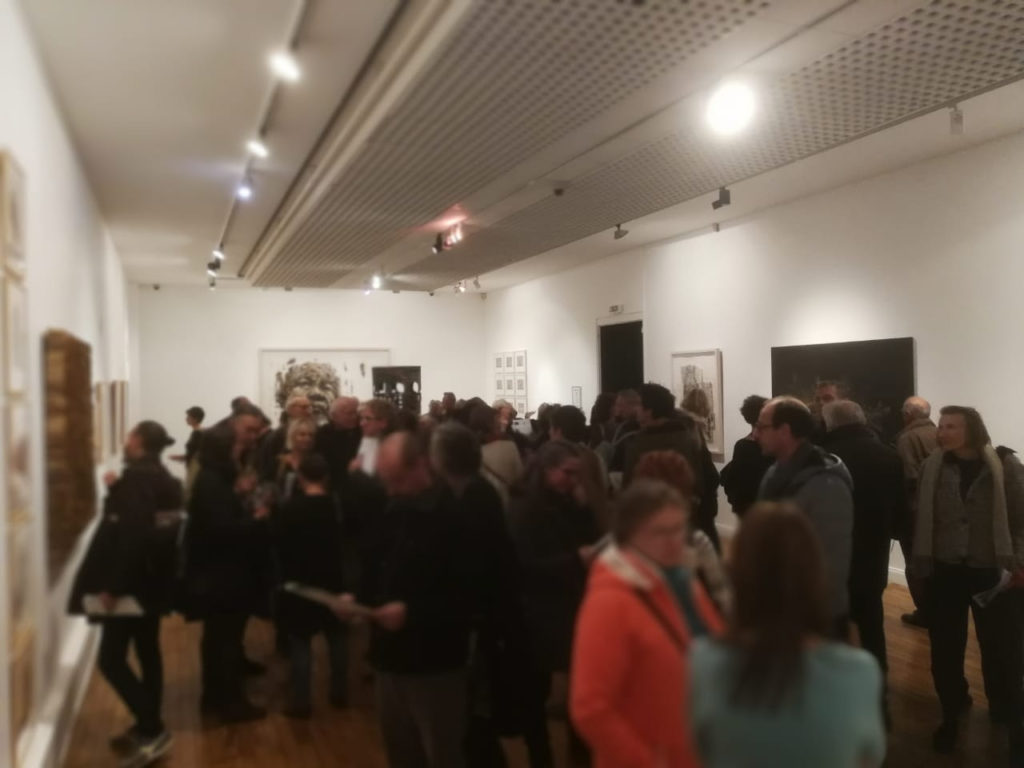 We invite you to follow us in the coming year on www.facebook.com/SAFFCA or to continue to do so. Our bag of activities is full in Southern Africa and in France. We will love to share it all with you.

We wish you and your families love, kindness and serenity during an exhilarating year 2019.