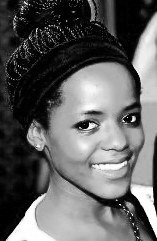 Ruzy Rusike (b.1992) is an artist and curator and art broker, who graduated with Bachelor of Arts in Fine Art degree from the  University of the  Witwatersrand, 2014 and  Honours in  Curatorship at the  Michaelis School of  Fine Art, 2017. Full of passion for learning and becoming a creative contributor and broker in the business of visual arts. Rusike is currently the head of communications and curator for the  Southern  African Foundation for Contemporary Art (S.A.F.F.C.A.), which is a Non-Profit Company with a base in Saint-Emilion, France where Rusike currently resides. Rusike before interned at Gallery MOMO, Johannesburg and Cape Town, having also interned for the African America artist Ayana V. Jackson and the Johannesburg based initiative  Assemblage